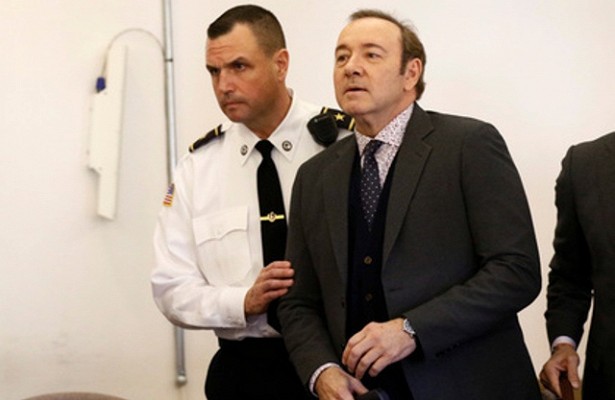 Now Kevin Spacey is going through difficult times. A career once Oscar-winning actor went crash. And all because of the many accusations of Spacey in sexual harassment. However, only one of them flowed into the court case. And it was closed.

According to legal documents, Cape County Attorney, Massachusetts Michael O'Keefe dismissed the case because of insufficient evidence. Recall, the 18-year-old young man sued the actor, accusing him of having drunk Kevin Spacey in 2016 in a restaurant on the island of Nantucket and started harassing him. The actor did not admit his guilt. According to foreign media reports, Mitchell Garabedian, the lawyer of the alleged victim, announced that the civil lawsuit he had filed with the Supreme Court of Nantucket was voluntarily rejected.

At the court hearings, it turned out that some of the messages and recordings that allegedly proved Spacey’s guilt were removed from the young man’s smartphone. This fact is considered a crime. Moreover, the injured party could not even produce a smartphone at the hearing. Lawyers said the phone just disappeared. Later, the plaintiff was called to testify, but he exercised the right to the fifth amendment to the US Constitution, which allows a person not to testify against himself. Thus the case was dismissed, and Kevin Spacey was dropped from all charges.